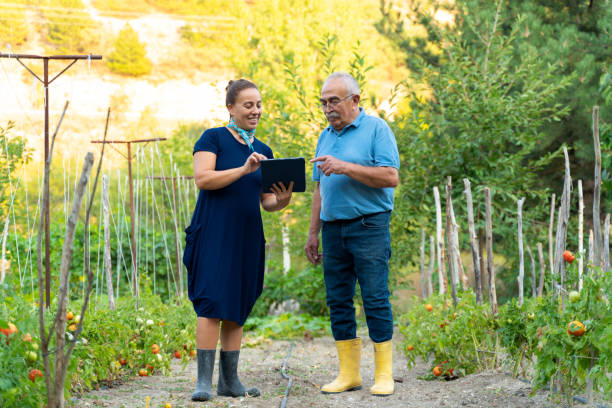 From year to year, Serbia is increasingly affected from natural disasters. However, agricultural insurance in our country does not sufficiently represent it. Experience shows that large farmers and legal entities decide on insurance, while owners of small farms still risk production. According to the data available to insurance companies, the biggest problem of non-insurance of production is insufficient information of producers. The most common package of agricultural insurance includes insurance against the city, fire, and lightning strikes.

The city, which fell on Central Banat on several occasions a few days ago, caused significant damage to crops in some parts of this region. This situation has again raised the issue of agricultural insurance.

Insurance companies say that the awareness of the need to ensure agriculture is changing very slowly among producers.

“Unfortunately, the representation of insurance in agriculture is not at the level we would like it to be, nor at a level comparable to the countries of the developed world or, to be closer, the EU. It is estimated that only 15 percent of the areas cultivated in Serbia have some kind of insurance coverage. Of course, we are trying to increase that percentage. To inform and educate farmers about the benefits they can get from insurance. First of all, why is it good for them? The market shows a tendency for a slight increase in premiums. This growth was especially evident when the state started subsidizing agricultural insurance about ten years ago. In the last few years, however, there has been no significant growth in insurance in this area. I would rather say that there is stagnation in this sector “, says Nemanja Beljanski, director of the agricultural insurance sector Generali osiguranje.

Farmers should look at insurance as an investment, not an expense

Why do manufacturers not buy insurance policies?

The reasons why farmers do not decide to insure production should be sought in their economic strength, but also insufficient information.

“You will often hear that the reason for not ensuring production is a consequence of the development of agriculture in Serbia. There are a large number of small farmers with modest investments. Their expected profit is small, and then they follow the “it won’t happen” or “if it happens, it won’t happen again” system. The fact is that legal entities take out insurance very seriously. They have big investments. It is the same with large agricultural producers. They pay for insurance for years, even if there is no damage. They are aware that agricultural insurance is an integral part of the price of production and they do not want to leave any possibility for something bad to happen to them. Apart from the economic moment, maybe the reason for insufficient insurance for agriculture is that people are not sufficiently informed. We are doing everything to work on information and education “, specifies Novčić Zubac.

In addition to insurance companies, the state is doing a lot to encourage agricultural insurance. First of all, through subsidizing subsidies.

That would be a good signal to increase the representation of insurance “, they say in Generali osiguranje.

“The state is trying to promote agricultural insurance. There is support and it is focused on small farms. Because subsidies are not intended for large producers. And yet, they dominate the overall insurance of agriculture. “People should try to insure themselves,” they say in Triglav Insurance.

Insurance companies do not have many complaints about their work

It is often said that farmers do not trust insurance companies.

“We do not want to talk about it. We leave it to clients who have been insuring themselves for years to testify about it. Sometimes you will hear that clients do not trust insurance companies in terms of compensation, ie. that if there is compensation, we will look to save and damage them. This is the worst form of advertising that we, like insurance companies, can have. There is no serious insurance company that will do that. We can sometimes disagree with the insured about the amount of damage. Then we propose to hire an independent expert who will confirm which border of damage we are closer to. But, the fact that all insurance companies have less than 0.5 percent of complaints and lawsuits, speaks of the fact that there is no place for stories of distrust “.

“Insurance companies do not have many complaints about their work. They don’t have many court cases. Our house has not had a single lawsuit or complaint about its work in the last five years. Our goal is to keep customers satisfied. We want to secure the next year as well. We are going to help our clients, to recognize us as a partner and to work together on that insurance business “, explains Zivanov.

When insuring agriculture, it is important to pay attention to the time of payment of the premium and the assessment of any damage.

“When we negotiate the insurance premium, we insist on paying only 5 percent of that amount. That is the amount of our tax liability at the time of contracting. When the insured have the opportunity to settle this obligation. On the other hand, when the damage occurs, we leave the producers a few days to report the damage. After a few days, we go out on the field for an assessment. To see to what extent the crops are getting worse, and to what extent some are improving by the time of harvest. We have a legal obligation to pay damages from the moment of the final assessment, within a maximum of 14 days.

The standard package of agricultural insurance includes insurance against the city, fire, and lightning strikes.

Most often, intensive production is provided, which implies large investments. This means the production of fruits and vegetables. We have created a package that covers all the risks that can affect livestock production. It covers all metabolic disorders and clinical conditions in animals. From deaths, forced slaughter, coverage from accidents, electric shocks, and floods. Not every farmer raises animals in the same way, he does not have the same genetics… So after visiting the farm with our veterinarian, we make a special offer for each farmer separately. As far as crop insurance is concerned, we need to know the cadastral municipality where the plot is located and after that, we form an offer “, explains Radoje Zivanov,