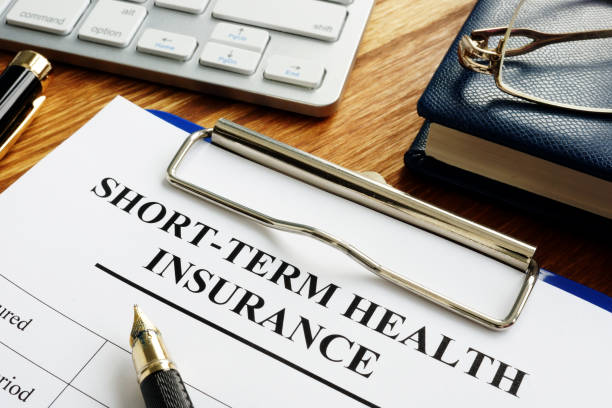 What is short-term health insurance?

Short-term health insurance provides coverage for any illness or accident for a defined period, and usually at a much lower monthly premium than other forms of health care with larger health insurance.

There are 2 main advantages of short-term health insurance:

The first is that the plans are usually much more affordable than ACA plans.

Second, they have no enrollment period, so you can enroll outside of open enrollment.

President Trump just extended the maximum time limit from 3 months to 12 months, and some companies even allow you to sign up for 3 plans in a row, giving you 3 years of coverage.

What you need to know before you buy short-term health insurance:

Short-term plans cost less because they cover less and follow fewer rules than other insurance options.

The Trump administration has determined the regulations that will allow people to seek a new type of health insurance. Short-term health plans will now be offered for relatively long periods: just under a year and each time with renewals of up to 36 months.

They will tend to be priced lower than ACA plans, through the marketplace, and for some, will be a cost-effective option. However, the plans are cheaper for a reason: They tend to cover fewer medical services than comprehensive insurance, and charge higher prices for people with pre-existing health conditions, if they cover them at all. Which means it’s important to shop carefully.

Such plans often contain a lot of fine print and tend to have many more holes in coverage than the Obamacare plans that most people who buy their own insurance currently have.

Benefits of a short-term health plan

Short-term medical plans allow you to choose your own deductible. They can be as low as $250 compared to the average Obamacare deductible of more than $6,000 per person.

There is no registration period

One of the main disadvantages of Obamacare is the fact that you can only sign up once a year. Most people don’t cancel their insurance because they don’t need it, they cancel it because they can’t pay that month.

Any doctor or hospital

Yes! With most short-term plans there are no networks, so you can go to any doctor and still get coverage. You can keep your current doctor if you want.

The application process only takes a few minutes. Approvals can be verbally authorized on site, and coverage can begin at midnight the following day. If you need coverage fast, short-term insurance would make sense.

STM or short term medical plans have very low monthly rates compared to the plans in the market. Sometimes 1/4 the price, so for more coverage with a deductible and out-of-pocket maximum, short-term plans are much more affordable.

Plans range from one month to one year. Some companies even offer three consecutive one-year plans to ensure you’re covered for the longest period.

If you qualified, you will most likely be placed with a waiting period on benefits for pre-enrollment as a particular existing condition. Many people are getting short-term health insurance plans along with group association plans to achieve more affordable coverage than through the marketplace with better coverage in some cases.

What if I don’t need my temporary insurance coverage during the time I had planned?

Short-term medical insurance can be canceled at any time. They are month-to-month with no contract, so you can switch plans if you want.

They are not considered creditable coverage by ACA standards, so if you change plans and the new plan has existing conditions and a waiting period for preauthorization, your wait will start over.

Will short-term health insurance work for me?

Short-term health insurance may be right for you if:

How is Short Term Medical Insurance different from Obamacare?

ACA plans have broader benefits than those found in short-term health insurance plans and, without the premium subsidies available to some qualified buyers, have a much higher monthly cost.

All ACA health plans must have the 10 essential health benefits. Short-term health insurance, by comparison, does not have a standardized set of benefits. Insurance plans generally offer what would be described as streamlined major medical insurance plans, coverage that covers health care expenses in the event of accidents and illnesses.